In compost, you are supposed to put in organic waste. Seafood shells are basically organic waste, so what about them?

Can You Compost Shrimp Shells?

Yes, you can compost shrimp shells, and you can do it whether they are cooked or not. When the shells decompose they will be broken down and provide good organic compost to make that will make soil healthier.

Composting is the process of recycling organic waste. The end product can be used as fertilizer to improve soil and help plants grow healthy and beautiful.

What can you compost?

The basic precept is that anything that grows will also decompose eventually. That’s how you know that you have an organic matter.

Composting basically speeds up the process of decomposition.

How do they do that?

Organic matter decomposes naturally. When you put various types of organic matter together in a controlled environment, they will decompose quickly through bacteria and fungi.

To speed up the process more, you should introduce decomposing organisms:

The most popular of these are the worms.

It’s really like the process of defecating. Since the organic matter that the worms eat are mostly nutritious, you can also expect that the output is rich in nutrients.

Here are the important benefits of composting:

This is really why a lot of people compost. It’s cheaper than fertilizer since you don’t have to spend money on it.

It’s better than chemical fertilizer because compost is all organic.

It’s safer for you to handle and it’s safer to be around your home. Then it adds nutrients to the soil, which will then be passed on to the plants.

Compost can also prevent soil erosion or at least lessen the possibility.

The less waste we send to the landfill, the better. We already have too much garbage around, if you could do something to lessen it, that would be great.

Composting is a kind of recycling but only for food.

According to statistics, 30% of the things we throw at home are actually food scraps and yard waste–fallen leaves, twigs, etc.

Governments actually spend a lot of money just to process the waste in landfills.

Processing waste yourself is actually one way to help the government and the environment. This leads us to the next benefit.

Good for the environment

This will need a more technical discussion, but the short of it is that when you put organic waste in the landfill, it will be mixed with inorganic waste.

The process will lead to the emission of greenhouse gases like methane and carbon dioxide.

Many sophisticated landfills have the ability to catch methane gas, but it’s not really 100% efficient.

So, having your own compost could really do a lot for the environment.

What can you add in your compost?

But the real question follows:

Can You Compost Shrimp Shells?

Shrimp shells are the perfect example of food waste. They are not just food that was left uneaten in the plate, these are actually things that people don’t eat–maybe some do but most people don’t.

Shrimps are among the most popular crustaceans. They are delicious, albeit, some people are allergic to them.

It is nutritious and has high iodine content. However, it is also high in cholesterol.

In some culinary practices, shrimps are cooked with their shells on. Some cooks remove them before cooking. Many also use the shells to make shrimp broth and shrimp stock.

When the stock is done, people just usually throw away the shrimp shells.

Don’t do that! Minimize the waste by recycling the shells.

You can use the shrimp shells whether they are cooked or not.

It’s actually great because shrimps have a certain smell. They won’t smell that terrific in your garbage bin.

At least with the compost, you can add materials that could help lessen the stench emitting from the compost pile.

How to Compost Shrimp Shells

Shrimp shells will actually be good for your compost. When the shells decompose and are broken down by microorganisms, they actually provide good organic compost.

The compost will have compounds that are important to make the soil healthy.

The shells will also help the microorganisms grow and break down the organic waste better.

They also have bacteria that will help speed up decomposition.

Here are the steps in composting shrimp shells:

As mentioned, you can use uncooked or cooked shells. If you are not yet ready to take them to your compost pile, make sure you keep them in a container with a tight lid.

2. Make sure the shell has no more meat

You have to completely remove the shrimp meat from the shells before you put them in your compost. For one, shrimps are quite expensive, so don’t waste the meat.

Other than that, the meat will attract animals into the compost. You don’t want dogs or racoons or squirrels digging through your compost.

What you should do:

You can completely remove the meat from the shells by hand. Or you can scrape off the meat using a fork or any utensil.

Another way is to roll a rolling pin over the shells so that the meat will ooze out of them.

You can use the rolling pin to crush the shells further. Or you can cut them off to little pieces using a pair of kitchen scissors.

When they are in bits and pieces, they will decompose faster. This is actually true for all organic waste you intend to put in the compost; they should be in smaller pieces for faster composting.

4. Dig a hole in your compost

You don’t want the shrimps to be at the top of the compost since you want them to decompose fast. Not only that, putting them at the top would make the crustacean odor stronger.

So, dig a hole in the middle of the compost. Put your shrimps in the hole then cover them up. You can also spread out the shells so that they would not be lumped together.

That would make them decompose faster.

What you can do is dig a deep hole, put in some shell pieces, and cover it with a shovel-full of compost that you just dug up. Then, put another set of shell pieces and cover with compost, and so on and so forth.

Continue adding leaves and food scraps and other forms of organic waste to your compost pit. Turn the pile every two to four weeks to maximize bacterial activity.

6. Add compost to your garden soil

There is no definite timeline to how soon you can use your compost. There are so many factors to consider: the organic waste you are using and the size of your compost area.

If you have to put a timeline, it could be between a month for a really small compost container to a year for a large compost area.

Here’s what you need to know:

You know that your compost is ready when you see that it looks earthy and it is crumbly to the touch. It will also lose the smell from old food or the shrimpy odor as it just wafts natural soil odor.

If you love shrimps so much, you don’t have to worry about disposing of its shells. Now you know that they actually have a higher purpose.

Shrimps are delicious and they are nutritious. However, they are also high in calories.

Now, one annoying thing about shrimps is that you have to remove the shells to eat it, unless you are quite adventurous. Then, you have to contend with disposing of the waste. Good thing there is a good way not to waste the shrimp shells.

It’s the answer to this question: Can you compost shrimp shells? Yes you can! They are actually a good addition to your compost. 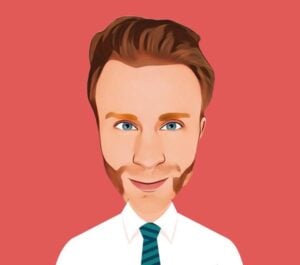